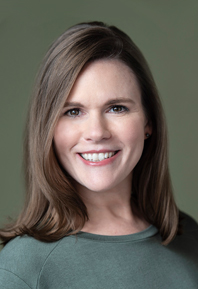 Molly is a Resident Acting Company member and Teaching Artist at Chesapeake Shakespeare Company (CSC) in Baltimore, Maryland. She has appeared in over 30 productions at CSC since 2011. Molly loves sharing her passion for Shakespeare, especially with young people. In the last 5 years, Molly has performed for over 40,000 students, in over 150 performances of Romeo & Juliet with CSC’s student matinee program.

At the Studio at Chesapeake Shakespeare Company (CSC), Molly is both a private acting coach and teaching artist. Molly has taught Acting I, Acting III, Introduction to Performance for Youth, and summer camp since 2017. Molly has also taught workshops and residencies for CSC’s Education Department since 2011.

Molly is also an independent acting coach since 2010. She has coached students of all ages on their auditions for arts high schools, college theatre programs, acting graduate schools, and community and professional theatre. In addition to coaching acting for the stage, Molly has also worked for Silver Hills Pictures LLC as a children’s film acting coach.

Molly is a teaching artist with Young Audiences of Maryland and has performed her own copyrighted show, “Miss Molly’s Midsummer Night’s Dream,” as an assembly program for elementary schools across Maryland since 2008. https://www.youtube.com/watch?v=zNLjGZtffdU

Molly taught middle school drama as a long-term substitute at Roland Park Country School (RPCS) in 2009. Since then, she has taught numerous acting workshops at RPCS as guest teacher, most recently she presented her “Bold Physical Character” workshop for RPCS student actors in their 2020 production of Shrek. Molly has also worked as a teaching artist for Baltimore Shakespeare Festival’s education program.

As for her directing credits, Molly has been the Children’s Director for Chesapeake Shakespeare Company’s annual production of A Christmas Carol from 2014-2019. Molly also worked as a musical theatre director for Young Actors Theatre at McDonough School, during the summers of 2010 through 2016, where she directed Beauty and the Beast, Joseph and the Amazing Techicolor Dreamcoat, Once On This Island, Little Mermaid, Shrek, Into The Woods, and In The Heights.

Molly is also a professional voice over talent and has voiced narrations, commercials, and phone mail systems since 2001.

On camera, Molly has appears briefly in Netflix’s House of Cards, Season 3, Episode 9 as Woman at the Bar. Molly has also acted in various commercials and industrials over the last 20 years.

Molly is a graduate of Loyola University with a BA in Theatre/English, and a graduate of the Studio Acting Conservatory in Washington, D.C.. Molly also received acting training from American Conservatory Theater in San Francisco.